is a concept that predates written language; even early hunters and gatherers knew the advantages of being “unseen” when tracking prey.  Camouflage techniques have improved throughout the centuries, and most recently, so have scientific breakthroughs regarding the possibility to achieve invisibility through technology.
According to the Merriam-Webster dictionary, “invisible” is defined as: “incapable by nature of being seen; inaccessible to view.”

The ability to go unseen, to actually become “invisible”, is something many Chi Energy practitioners hope to achieve.  Like the “magic cloaks” of science fiction and fantasy lore, many naysayers outside and within the Chi Energy Community will argue this to be impossible.  Although this article will not go into the specifics on how to perform an “invisibility” technique, (or for all the Trekkies out there, “cloaking” technique), this article will focus on the actual scientific rationale as to why this works via technology, and provide insights as to why this can also be done with chi. 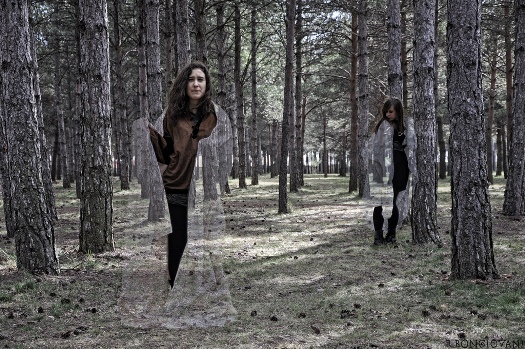 In an article published by Wired magazine, it was stated that: “the U.S. Army is getting closer to mastering man-made “meta-materials” that can bend light around an object.”  Army Eyes Invisible Cloak

According David Smith, a professor at Duke University: “A meta-material is a material with unique properties that derive from its physical structure, not its chemical make up.”  Smith’s findings suggest that, in order to actually manipulate light, the surface of the material being used (for example, the material in an invisibility cloak) must be much smaller than that of the wavelength of light being used.  “The advances in nanotechnology are making it easier to create ever-smaller structures that can manipulate ever-smaller wavelengths,” said Smith.

YouTube Videos: The Science of Invisibility— the latest THE SCIENCE BEHIND INVISIBILITY!

Students of the Chi Energy School are finding, first-hand, the true nature of the physics behind chi, and how human beings actually interact with and [can] control the subatomic particles that build the Universe as the Scientific Community has recently come to know it.

As we delve deeper into the building blocks of the Universe, we find that the smallest particle, which cannot be broken down any further, is a “string”.

“String theory is a unified theory of the universe, postulating that fundamental ingredients of nature are not zero-dimensional point particles but tiny one-dimensional filaments called strings; string theory harmoniously unites quantum mechanics and general relatively, the previously known laws of the small and the large, that are otherwise incompatible.”-  Brian Greene, The Elegant Universe

According to string theorists, it is proposed that strings are the smallest forms of energy in the known Universe.  A string’s length is “about 10 -33 centimeters,” Brian Greene The Elegant Universe.  This length is called “Plank length”, and is smaller than the subatomic particles that make-up the photons that, in turn, make visible light.  Please note: nanotechnology has yet to reach the subatomic sizes of plank length, however; practitioners Chi Energy can.  Chi is a form off electromagnetic energy (biophotons).  Human beings produce bio-electromagnetic energy; said energy serves as a key component of the functioning of the body, even at the cellular level.  It only stands to reason that many of us are indeed sensitive to and can harness/cultivate more.

Students of the Chi Energy are given step-by-step instruction regarding how to become sensitive to as well as intuitive with the electromagnetic energy they produce as well as the ebb and flow of the electromagnetic energy in the Universe.  Yes, this is a tall order, however; with the assistance of dedicated Instructions as well as a thorough curriculum students of the Chi Energy Heals School are taught to think and feel at the subatomic level. The possibilities are truly limited only by the individual’s mind.  Using chi to wrap the body in light-diffracting particles is something that is certainly conceivable and, given the proper training, certainly achievable.

We at the School of Chi Energy have found that chi energy is best developed when a healthy mind and a healthy body work in unison.

Please visit other pages on our School site to find out more about the Chi Energy Method and course catalog.  Also, visit our School of Chi Energy Training Article blog is updated regularly with the latest scientific data that proves, via physics, the existence of chi.

In the interim: be well; be mindful.