Bio-electricity, Ki, Qi, and the Human Body is the electric energy associated with living organisms. Electricity, defined by Merriam-Webster, is as follows: a fundamental form of energy observable in positive and negative forms that occurs naturally (as in lightning) or is produced (as in a generator) and that is expressed in terms of the movement and interaction of electrons.

Generally speaking, when thinking of electricity, we think of it as something external to our human bodies: the naturally occurring lightning and human created technology being two said instances. There is, however, a form of electricity that is magnetic which is prevalent in every living creature: Bio-Energy.

The Pineal Gland, ATP and Bio-Energy

The pineal gland is the evolutionary descendant of our ancestors’ ability to perceive light. It also “regulates the circadian rhythms of the body, biological rhythms that are attuned to the day-night cycle,” (Celtoslavica, “Electricity and Human Consciousness); these “rhythms” can be and have been disrupted by electromagnetic fields, both naturally occurring as well as man-made. The pituitary gland “controls and influences all other hormonal organs which report back to the pituitary gland” (Celtoslavica, “Electricity and Human Consciousness); in fact, the pituitary gland is largely responsible for the overall functioning and efficiency of the human nervous system.

The nervous system in human beings is based entirely off of the ability to transmit electric pulses. Every cell within the human body pumps ions (e.g. that which makes up the quantum field), in and out of the cell for energy purposes; this is called the Sodium-Potassium pump, and can be found in all animal life. Said energy, in the biological animal, is called “adenosine triphosphate” (ATP); biologists and biochemist alike have noted that ATP can be neutral, or carry a charge (plus or minus), and is, infact, a charged particle which the cells use for energy. ATP is the final product of the digestive cycle and further exemplifies the human being’s connection (and ability) to experience and manipulate the electromagnetic fields that permeate the Universe. 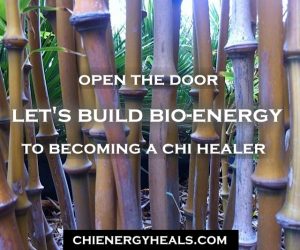 “Bio-magnetism: An Awesome Force in Our Lives”, an article published by Reader’s Digest (January 1983), highlights some of the [still] cutting edge concepts the scientific community is, and has been, practicing: “When a patient with a broken leg that is not healing properly comes to Dr. Basset (Columbia Presbyterian Medical Center in New York City, NY), he is likely to go home with two heavy pads connected by wires to a box that can plug into an electrical wall socket. The patient puts one pad on each side of his broken bone and turns on the device. Coils of wire in the pad induce a pulsing electromagnetic field into his flesh and bone — a field of qi energy that somehow commands the bone to heal itself.”

As we look from large-scale physics, e.g., the lightning bolt and the sodium-potassium pump, to smaller scale electromagnetic phenomenon, we find ourselves in the realm of quantum mechanics. Light is an electromagnetic phenomenon. Light is both a wave and a particle. In terms of quantum mechanics, electricity and light are the same. The oscillations of the impulses create the divergent effects. Microwaves, radio waves, even the non-lethal weapons of the US Army (such as the Active Denial System) are based out of electromagnetic fields. 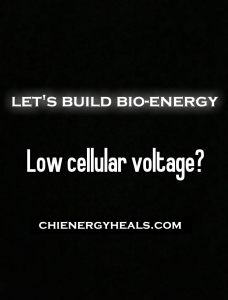 The design of the human body features many organs attuned to electromagnetic phenomena: the eyes register individual photon packets; the tympanic membrane vibrates the mechanical wave of sound; the brain creates an electromagnetic field that is both separate and different from that which the heart generates. All this is to say that not only do human beings interact with electricity, we are fully capable of cultivating and controlling the bioelectricity we generate via our own bodies.  Understanding that Qi is our natural form of bio-electricity, and that this energy comprises the very building blocks of space-time, it is easy for us to see with the eyes of the enlightened – the interconnectedness we have with the Universe, and our abilities to move past the mundane.

Calms the Mind and Lowers the Heart Rate